Selling Biodiversity on the occasion of the World Environment Day 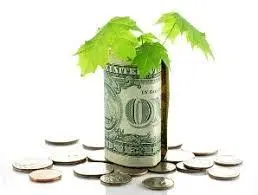 The Finance Minister (FM) called my Professor Friend last week to come up with a solution to raise funds to tackle the COVID-19 pandemic. The FM also asked how can the private sector be increasingly involved, and be part of the solution and take more responsibilities rather than keep demanding packages that were impossible to offer.

Professor zoomed with me for a discussion. He always used to say that he gets ideas from my ignorance and stupid questions. So, I joined the zoom call.

I saw him on the computer screen siting in his study smoking a cigar. He briefed me about the SOS from the Finance Minister.

“Dr Modak, I need to respond asap” He sounded a bit tense.

He was already busy in writing a speech for the Environment Minister on Biodiversity for the World Environment Day. The urgent request from the Finance Minister was another challenge.

“Well, why don’t you look for monetizing our natural assets focusing on the biodiversity”, I blurted out.

My idea was to find a link between Finance ministers request with that of the Environment minister, somehow to make my Professor friends life easier.

(Some say this is like hitting two birds with one stone).

“What are you saying Dr Modak? The environmental minister will be roasted by the Civil Society Organizations (CSO) and the media and the Finance Minister will be laughed at by the ecological economists. And I will be locked up by the PMO in the jail”

After this initial outburst, Professor was quiet for a while, puffing the cigar, sitting in the chair.

“What’s in your mind Dr Modak?” He sounded curious.

I pointed out that India’s biodiversity (like in other parts of the world) was under serious threat. It was perhaps a result of poor enforcement and a nexus between business and the political systems. Our pursuit for rapid “economic development” was also another worrisome factor. Indeed, we have some good examples to showcase where we have been sensitive to biodiversity, but only handful. But despite the dark grey skies, there is still some hope of sunshine left.

I ended saying that to address this issue, we must be bold and innovative to involve the business to be part of the solution and not cause of the problem.

(Sometimes a thief could do better job if awarded the task of policing or ensuring security).

Professor listened to me. First, he made me aware of the business and biodiversity initiatives that were already there.

The ‘Biodiversity in Good Company’ was an Initiative launched in 2008 that was a cross-sectorial collaboration of companies that joined forces to protect and sustainably use our worldwide biological diversity. Through this commitment they contributed to the Convention on Biological Diversity (CBD). Its aim was to halt the dramatic loss of ecosystems, species and genetic diversity.

(Oh, did it halt, I wanted to interrupt Professor but decided to keep my mic on mute)

On invitation by the Ministry of Environment, Forests & Climate Change (MoEFCC), Government of India, Confederation of Indian Industry (CII) launched in 2014, the India Business & Biodiversity Initiative (IBBI) with the support of the German International Cooperation (GIZ). The IBBI has a broad-based multi-stakeholder approach involving business, government, non-government organizations and academia. The purpose of IBBI is to create awareness among businesses on Biodiversity and Ecosystem Services (B&ES) and mainstream B&ES in their operation and supply chain. IBBI at present has 25 signatories, who have obliged on working towards a sustainable future by accepting to work on 10 declaration point.

(Did the IBBI do any difference? I had a question, but I stayed on mute)

Having heard from Professor, I decided to make a point.

“So, Professor, why not lease our natural assets as ecosystems to the IBBI members? We can do an auction to get a good commercial deal and raise lakhs of crores Rs for the Finance Minister”

My idea was to make the interested companies (like those who have signed up IBBI), to be responsible. They should as a responsible Lessie, take the opportunity to protect and enhance the biodiversity of the leased natural asset.

The key was however how to incentivize leasing natural assets through monetization and make money.

Professor liked my idea. He said that the idea sounded different like breaking news on the television channels. We were speaking the language of both Finance and Environment ministers.

He was excited and gave some specific ideas after some thinking

“Dr Modak, the natural assets to be leased must be the stressed assets in the parlance of environmental finance. There are so many such assets in our country. For example, we could

Lease the critically polluted areas especially the polluted river stretches, where both the terrestrial and aquatic ecosystems will be enhanced to promote eco-tourism and make a revenue

I liked his ideation. Professor was always excellent when it came to detailing. It all sounded so revolutionary. Now all the lease money could be shared by the two ministries. The FM on this basis could announce another stimulus package to the stressed economy.

“Professor, you may even consider leasing air quality in polluted cities to these companies as well”

(I wasn’t sure what I exactly meant and where money could be made, but the Professor stayed on mute. I saw him chuckling though. May be he was saying “so stupid of you Dr Modak!)

Now let me start thinking about the auctioning process, the methodology for economic evaluation of the natural assets, conditions for leasing, power to the lessee to raise public money through “nature bonds” and define the regulator’s role

Professor sounded excited on these next steps

I said “ Professor, open a dialogue with Bombay Stock Exchange and get these natural assets listed as a new asset class for trading. The lessee company will then make every effort to improve on the biodiversity and increase the stock value for future sale/transfer”

“Oh, this is too much a food for thought right now Dr Modak, hold on your horses” Professor retorted

“Let me get going right away and speak to both the Ministers for a joint declaration on the plan to start selling biodiversity. Tomorrow will be a good day to announce as it is the World Environment Day that has biodiversity as the theme.

“Dr Modak, you are too good at the word play”